UPDATE:  The new entity will be called the California Lawyers Association — an innocuous name.

Since 2015, the California Legislature has been tightening the reins on the California State Bar.  The primary focus is to be public protection, as befits a regulatory agency.  Last fall, though, the Legislature neglected to authorize 2017 annual dues.

In 2016, the Bagley-Keene Open Meetings Act became applicable.  That affects not only the State Bar Board of Trustees, but also the regular subject-matter educational meetings of the Sections and their Committees, trickling down to the Nonprofit Organizations Committee of the Business Law Section, for example.

A plan being discussed is to spin off these subject-matter groupings into a new nonprofit voluntary trade association, analogous to the American Bar Association, or CalCPA.  That would leave the mandatory bar with its core function of public protection.

To pave the way for that spinoff, a dozen Bar Section officials took the initiative in 2016 to form a new nonprofit.  They christened it the California Lawyers Guild.

END_OF_DOCUMENT_TOKEN_TO_BE_REPLACED

The Attorney General regulations concerning charities will go into effect on January 1, 2016.  They were approved by the Office of Administrative Law on October 27, without change.  Except perhaps for some non-substantive clerical changes, the final version is the same as the June 25, 2015 version: June 25 2015 OAG Regs

For reference, the administrative history of these regulations is compiled here

The California Attorney General has released a revised version of its September 2014 proposed regulations aiming at shutting down nonprofits that have gaps in their compliance filings.

Gene Takagi likewise submitted comments, endorsed by Barbara Rosen, California Association of Nonprofits, United Ways of California, and Alliance for Justice.  (link)  (Takagi final Letter-to-Attorney-General-re-Modifications-to-Proposed-Regulations-NEO-Law-Group-Final)  I heartily endorse those comments, and share the concern about a “chilling effect on volunteer board service, particularly for small nonprofits without paid staff.”

These regulations have already drawn criticism because the Attorney General would be enforcing tax rules more strictly than the taxing agencies themselves. Automatic suspensions would freeze charitable assets and expose nonprofit officers and directors to penalties.

Other changes, however, toughen the regulations. Prohibitions on charitable solicitation extend to charities that should have registered with the OAG but never did. § 999.9.4. The $1,000 penalty for charitable solicitation applies to each call, mailing, or request, regardless of whether it yields a donation. § 315. That clarification responded to my comment. File that under “Be careful what you ask for, because you might get it.

Violations of cease-and-desist orders will be punished by contempt orders under Government Code 11455.10 and 11455.20.

Concerning the “pointy end” of the regulation, which freezes all charitable assets immediately upon suspension, there were no revisions, even though prior comments had pointed out that a suspended charity would swiftly collapse if it could not make routine payments for rent, utility bills, or rank-and-file payroll.

That provision makes these regulations pertinent to foundations, grantmakers, and major donors. If a grantee charity gets suspended due to a glitch in its compliance, then the recent grant or donation proceeds will be frozen. The very programs that the grantmaker or donor intended to support will likely be shut down.

To guard against that unhappy outcome, grantmakers and donors should cast their net wide in confirming that the intended recipient charity is complying with all its Federal and state tax and legal filings.

I would appreciate any feedback on my comments.

Please comment below on this Summary of tax and legal compliance issues for Rotary clubs.

Donors to a charity often like to see that substantially all of their contributions are funding the operating programs of that charity.  Little if any of the contributions would go to administration and other overhead expenses.

The ratio of operating expenses to total expenses is a handy metric of efficiency.  In some situations, a low operating-expense ratio can be a warning sign of wasteful expenditures — maybe even excess compensation to the executives of the charity.  On the other hand, a charity that is expanding into additional sectors or locations may incur start-up expenses that are worthwhile, but result in a low operating-expense ratio for a period of years.

The Charity Defense Council defiantly proclaims that “low overhead is not the way the world gets changed.” 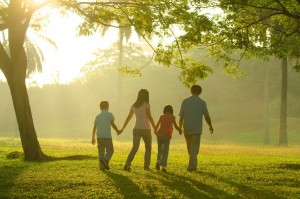 In an article published in North County Lawyer magazine, I describe the benefits of the short-form tax exemption application, IRS Form 1023-EZ.  I also comment on the problems created by this simplification, such as “Smurfing for Terrorists”.

Proposed regulations from the California Attorney General could impact many charities in the next few months.  In brief, these proposed regulations would automatically freeze the assets as soon as a charity’s Federal or California tax exemption is revoked.  Directors and officers would immediately become subject to penalties for any distributions or expenditures of the frozen assets, unless they can obtain written approval from the Attorney General’s office.

The proposed regulations would apply to those nonprofit organizations that are required to register with the Attorney General.  END_OF_DOCUMENT_TOKEN_TO_BE_REPLACED

On July 1, 2014, the IRS released new Form 1023-EZ which some small charities can use to apply for exemption instead of the backlogged Form 1023. Overall, Form 1023-EZ would save a lot of time and work in preparing the exemption application.  In theory, the IRS should process Form 1023-EZ faster than it has recently been handling Form 1023.

Some categories of charity, like churches, schools, hospitals, and credit counseling organizations, are entirely excluded.  The instructions contain an Eligibility Worksheet of 26 questions.  Answering “Yes” to any question means that the charity is ineligible for Form 1023-EZ.

No mission statement or narrative description is required.  The charity merely selects a code from several hundred choices in the National Taxonomy of Exempt Entities (“NTEE”).  For instance, B92 is the NTEE code for Remedial Reading and Encouragement.   Of course, not all NTEE codes correspond to charities.  Code J40 is for Labor Unions, which fall under IRC Section 501(c)(5);  code S41 is for Chambers of Commerce, under IRC Section 501(c)(6).

No financial projections are required, beyond the representations about gross revenues and assets.

There are eight yes-or-no questions about areas of IRS concern.  Answering “Yes” does not disqualify the applicant.  But the more “Yes” answers, the higher the likelihood of follow-up questions.

Overall, a new charity that is “vanilla” in nature, with no special flavors or toppings, should sail through using Form 1023-EZ, though only a single scoop will fit under the financial thresholds.

The new IRS Commissioner admits that the backlog of applications from IRC 501(c)(3) charities has increased by 500 percent. over the past year. This revelation underscores how difficult it can be for a new nonprofit organization to deal with the IRS.

A new nonprofit organization or a charity files that seeks to be recognized as tax-exempt needs to file its application (Form 1023 or 1024) with the Exempt Organizations Division of the IRS, near Cincinnati. That office sorts applications into two boxes. An application that is standard, uncontroversial and complete, with all the necessary documents in proper form, goes into the “no-brainer” box. Otherwise, if any item is missing or if the nonprofit’s activities are out of the ordinary, the application goes into the second “brainer” box.

Applications in the no-brainer box are usually approved in a few weeks. On the other hand, the applications in the brainer box pile up, so it can take up to a year before the first round of IRS questions arrives. At that point, it can take several more months to provide the requested items, which could involve amending its Articles of Incorporation. After that, the IRS may send another round of IRS questions to answer.

This process has gotten a lot slower since May 2013, when the IRS office in Cincinnati drew scrutiny for its handling of applications from politically-involved IRC 501(c)(4) nonprofits. END_OF_DOCUMENT_TOKEN_TO_BE_REPLACED