UPDATE:  The new entity will be called the California Lawyers Association — an innocuous name.

Since 2015, the California Legislature has been tightening the reins on the California State Bar.  The primary focus is to be public protection, as befits a regulatory agency.  Last fall, though, the Legislature neglected to authorize 2017 annual dues.

In 2016, the Bagley-Keene Open Meetings Act became applicable.  That affects not only the State Bar Board of Trustees, but also the regular subject-matter educational meetings of the Sections and their Committees, trickling down to the Nonprofit Organizations Committee of the Business Law Section, for example.

A plan being discussed is to spin off these subject-matter groupings into a new nonprofit voluntary trade association, analogous to the American Bar Association, or CalCPA.  That would leave the mandatory bar with its core function of public protection.

To pave the way for that spinoff, a dozen Bar Section officials took the initiative in 2016 to form a new nonprofit.  They christened it the California Lawyers Guild.

END_OF_DOCUMENT_TOKEN_TO_BE_REPLACED 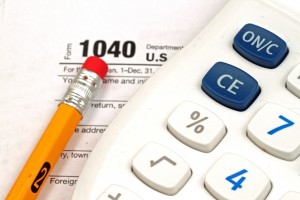 Business owners can choose among at least six different types of business structures, each with its own tax advantages and restrictions. For your particular situation, we can customize the strategies to save taxes.

The taxable income that Subchapter S Corporations pass through to their shareholders is unscathed by two additional taxes that take effect in 2013. (For a description of S Corporations, see Tax Classification of Businesses.)

The 0.9% increase in the Medicare tax (0.9%) on high earners does not apply to S Corporation pass-through income.

The second additional tax of 3.8%, applies to net investment income of high earners, including interest, dividends, and capital gains. Even though S corporation pass-through income resembles a deemed dividend, it is not automatically subject to this net investment income tax. END_OF_DOCUMENT_TOKEN_TO_BE_REPLACED